Obviously, going to Lisbon meant looking for the sun. But as much as I am the next city girl in love with exploring urban areas, I also enjoy very much a day at the beach. 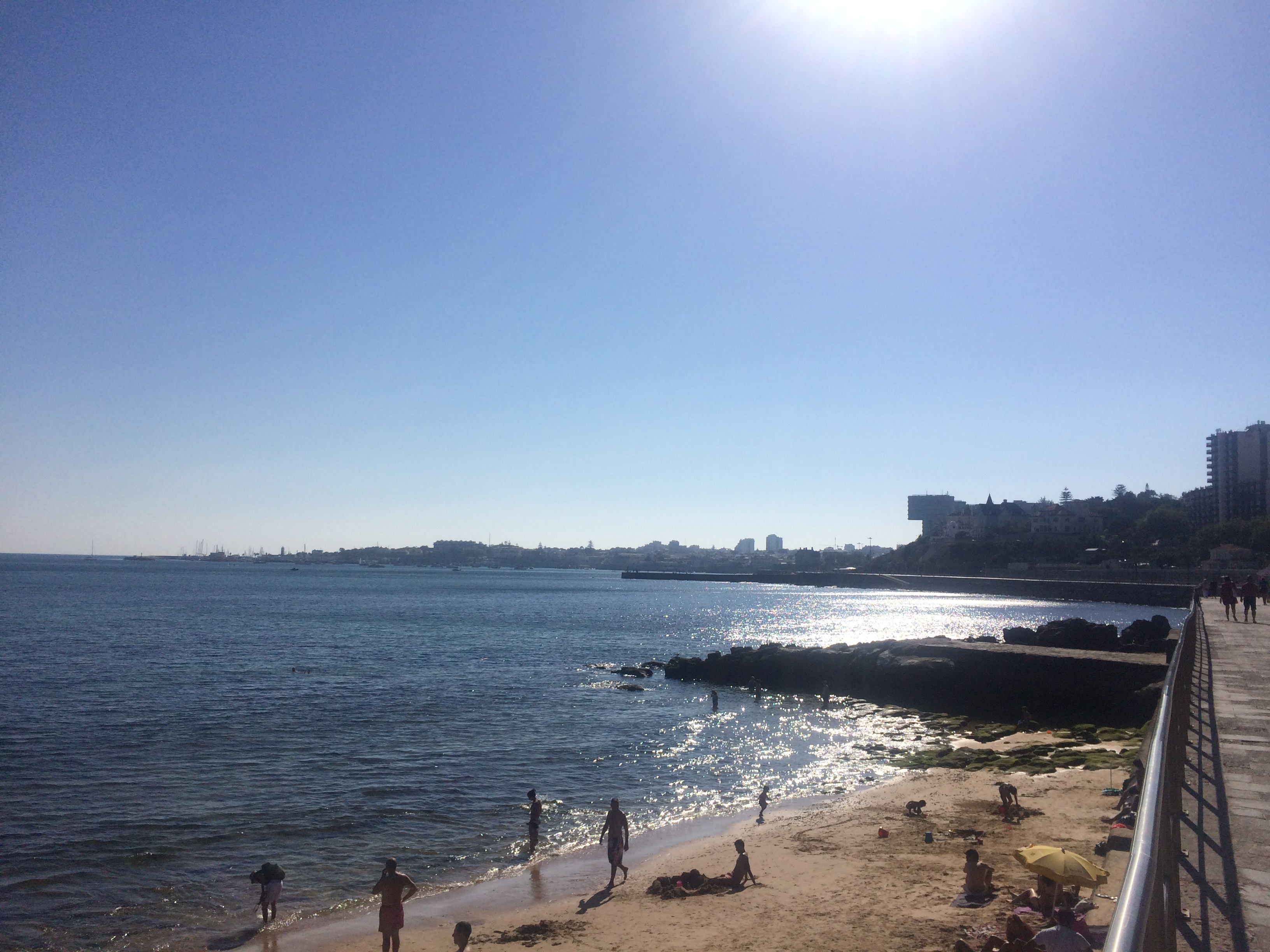 Following our friends recommendations, we headed to Cascais, which we heard was the Saint Tropez of Portugal. We wanted to try it our for ourselves. And so we got in the train. 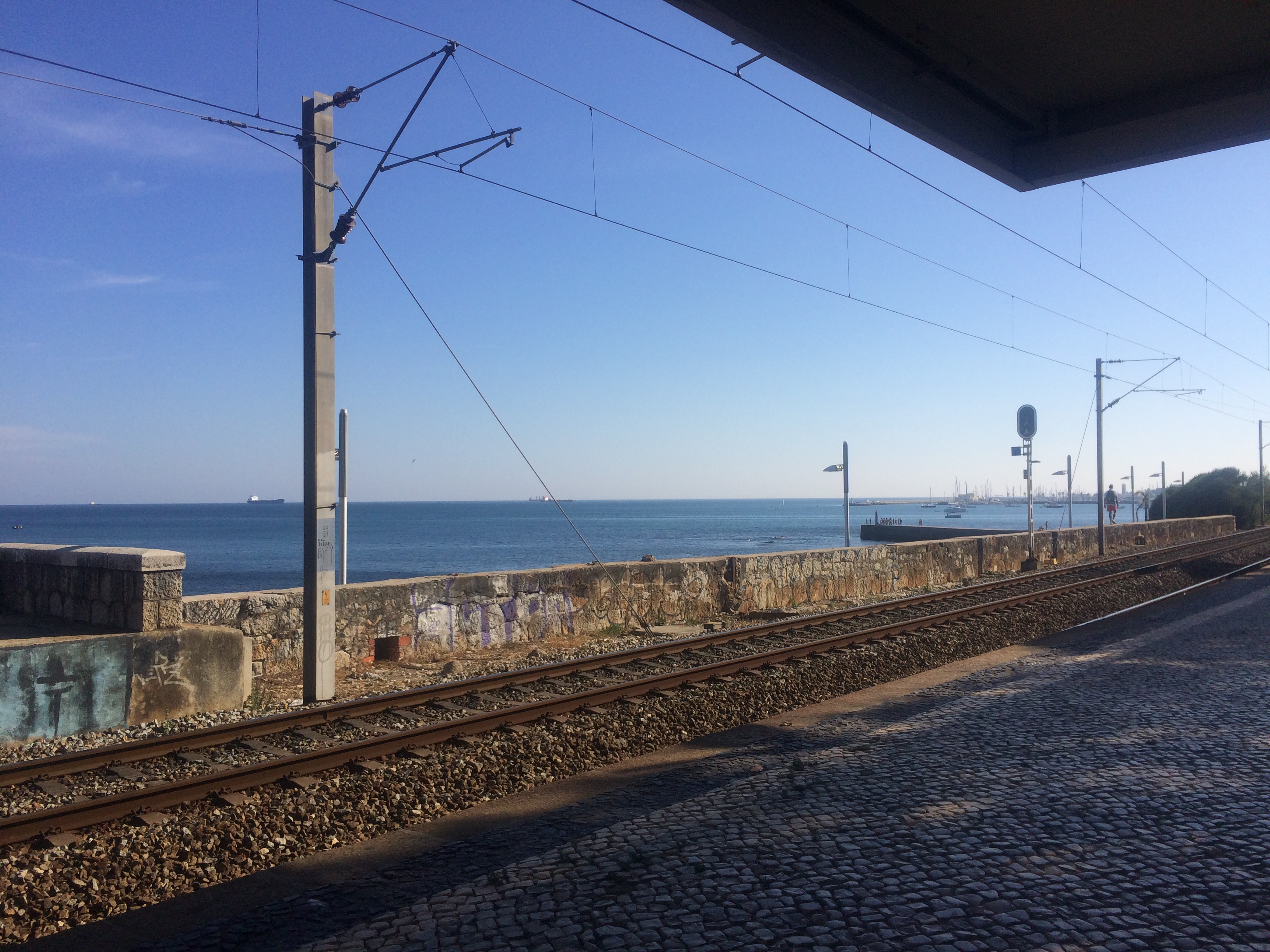 Cascais is around 45 minutes away from Lisbon by train. And everyone knows it. I mean everyone. We made the mistake of not waking up so early that morning and we paid the price of it when we arrived at the train station. It was literally packed with people queuing to go to Cascais. After almost one hour of queuing, here we were in the train. The train ride was however amazing because of the view – the train goes along the coast. 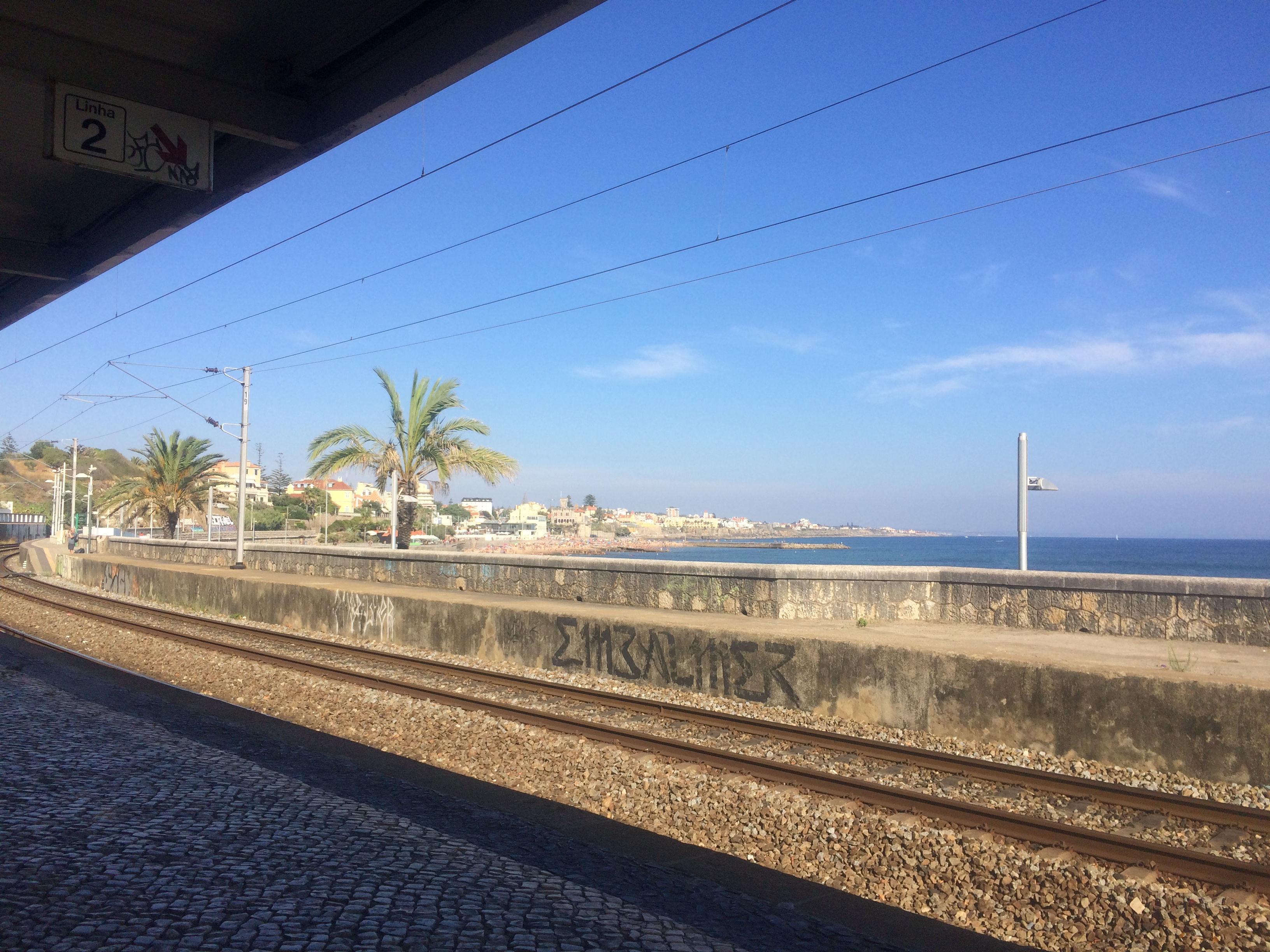 We arrived in Cascais around 1p.m. and we noticed that the beaches were as packed as the train.

A light lunch was grabbed at a British pub nearby the sea, before looking for a place to relax on the lovely but crowded beach – see below. 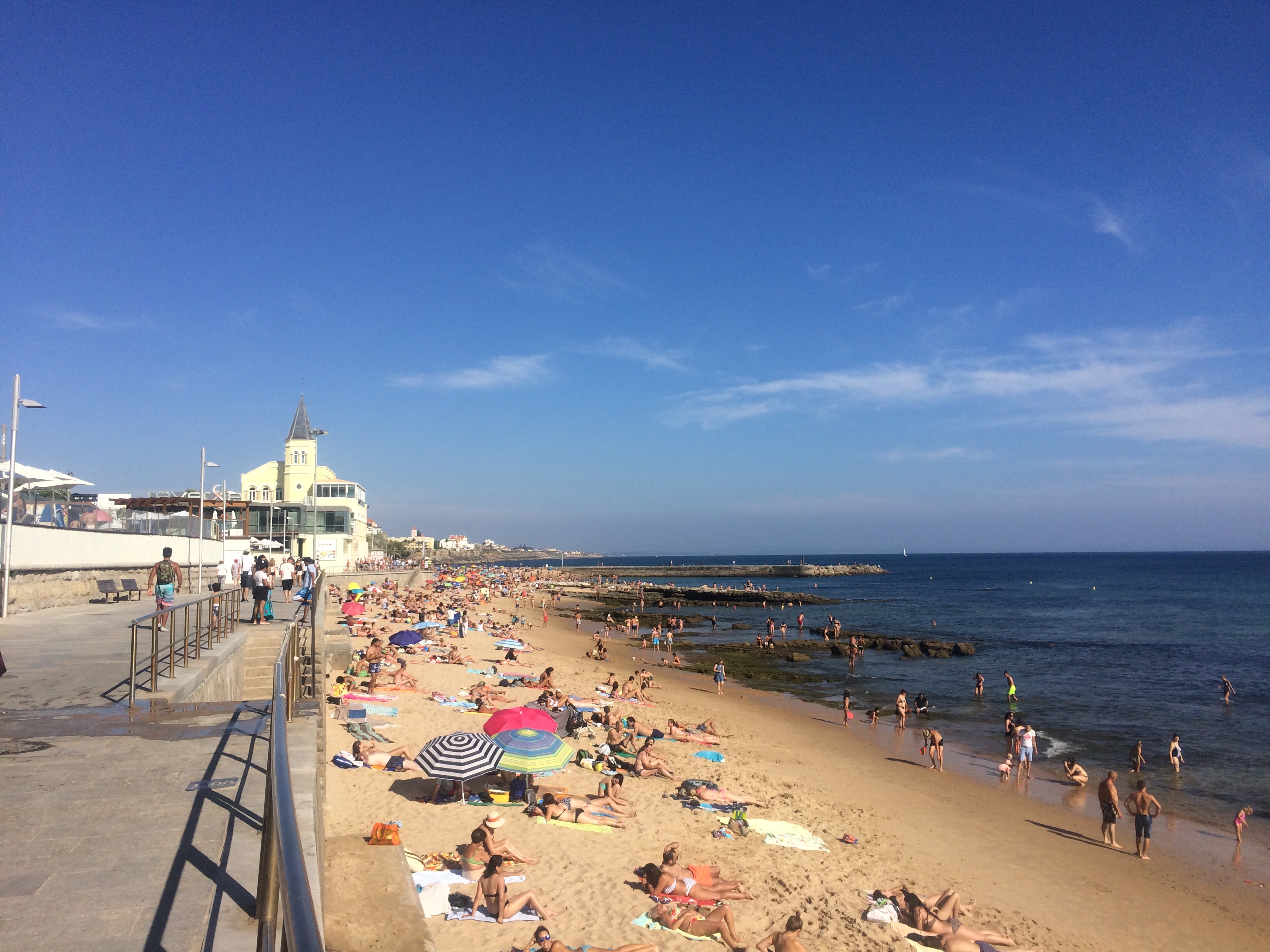 We ended up walking along the shore back towards the previous train station, Estoril, where the beach was as beautiful but the crowd was not that big. The ocean was fresh, and the waves were reviving. I was proud to swim a few dozens of meters in that cold water. 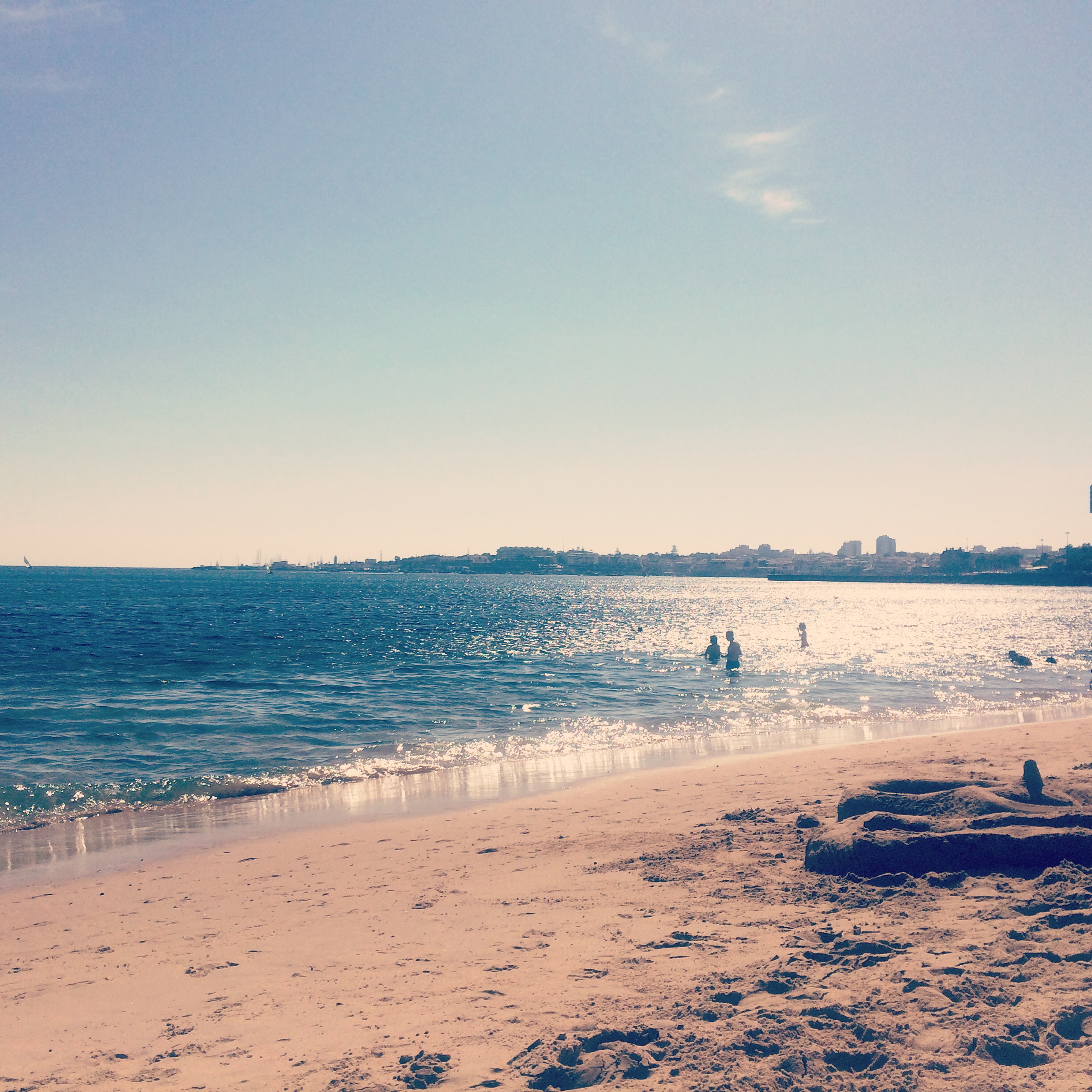 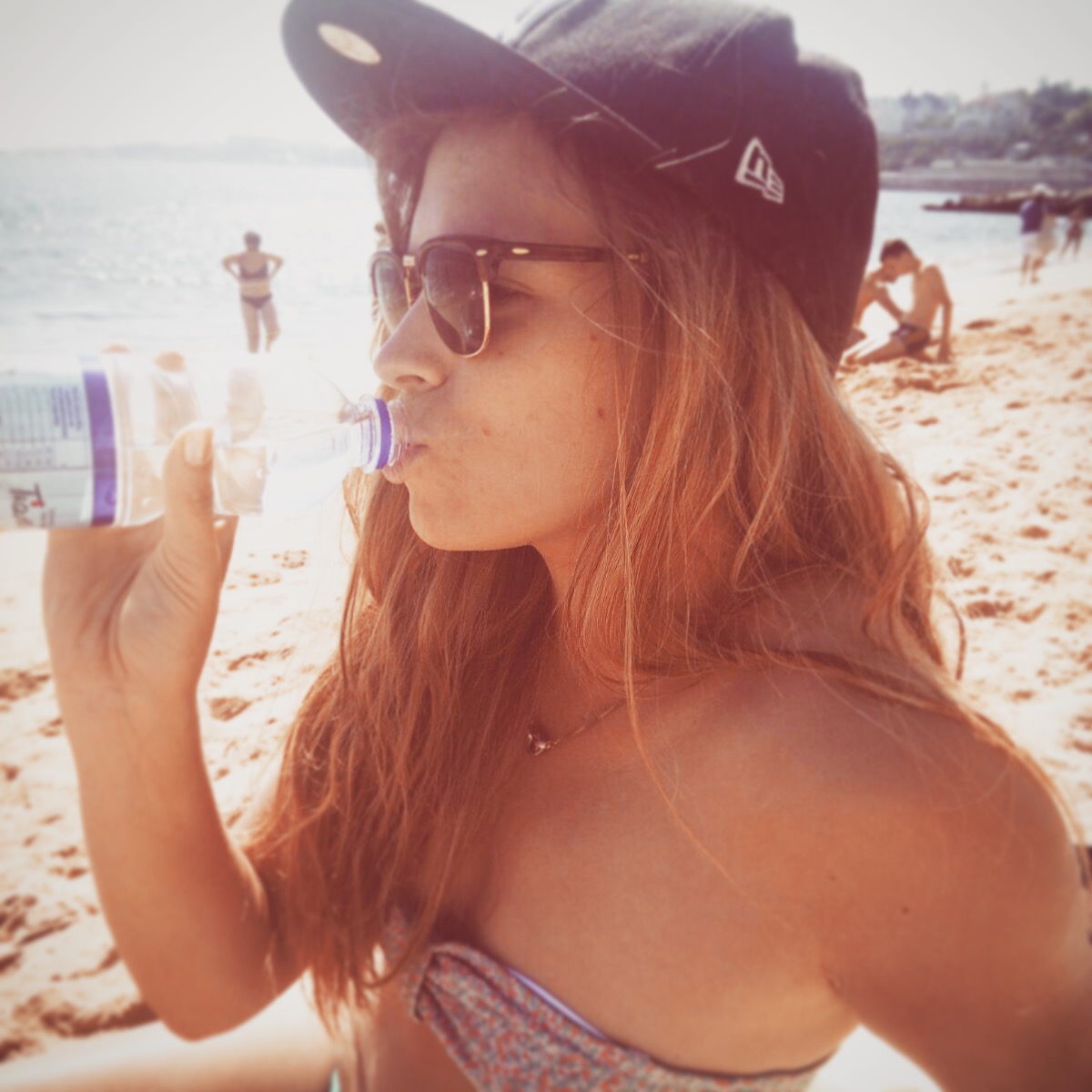 It was so relaxing to face the deep blue ocean for an afternoon and enjoy the sun. I know a lot of people have a hard time not being bored while chilling on the beach but I feel it’s also a time to learn how to be at peace with yourself, almost in the same process as in meditation. 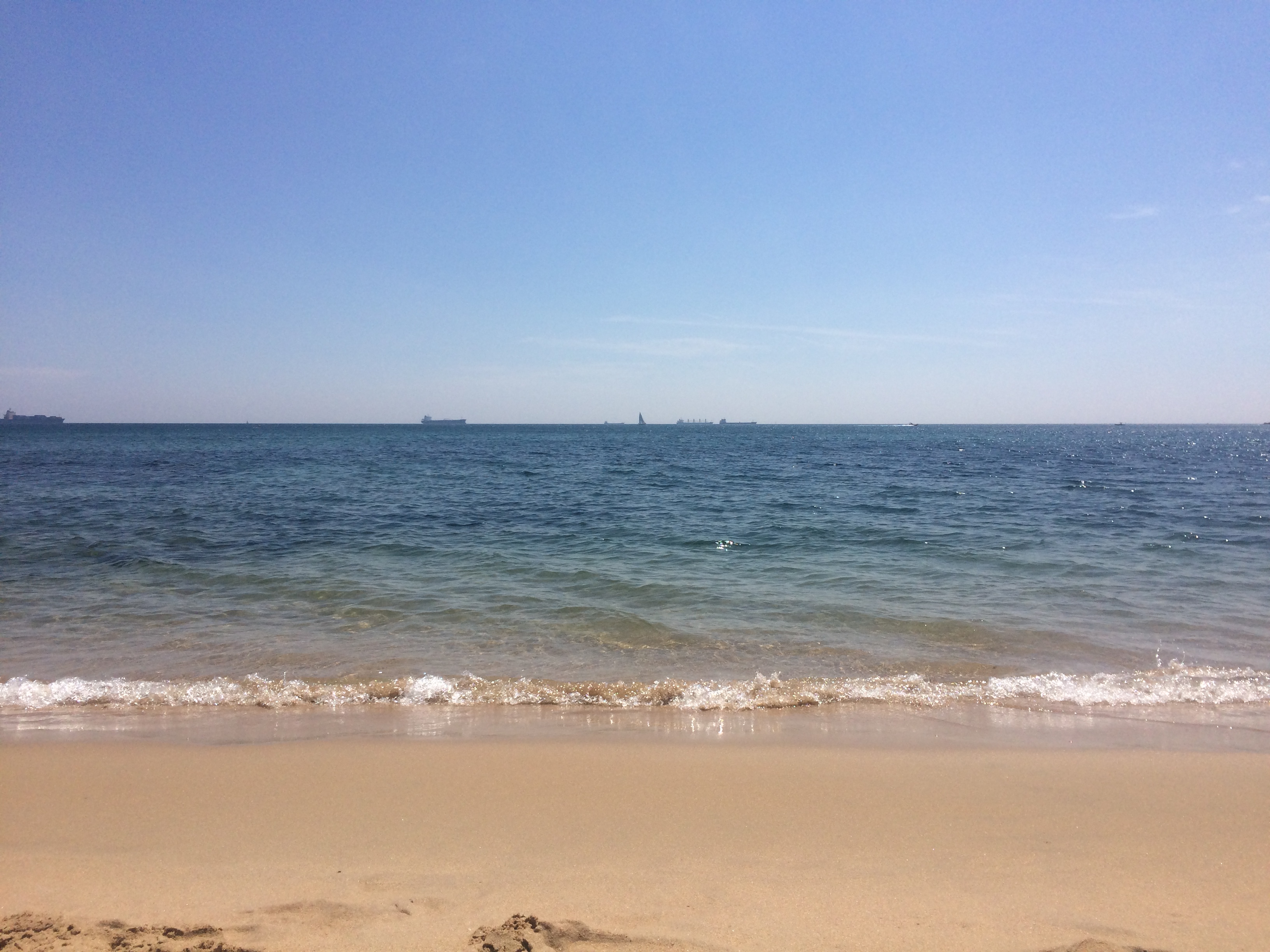 In the early evening, we walked back and grabbed a train back to Lisbon and enjoyed a delicious risotto at the hotel. What a chill day!

What do you do to relax when you are on holiday?